The time has come; the first true downloadable content for Company of Heroes 2 (as I, personally, don’t count questionable General DLC released previously). Company of Heroes 2: The Western Front Armies is a multiplayer-only standalone expansion pack consisting of two factions: the German OberKommando West strategists and the powerhouse US Forces. Alongside 8 brand new maps, all unsurprisingly focussed around the frontlines of the Western side of World War II.

The trick with The Western Front Armies is that players of TWFA can play against each other OR against players of the base Company of Heroes 2 game. The only catch is that TWFA players can only use the two above mentioned factions, however there is no map restriction – so any map available in either CoH2 or TWFA is playable as long as one player is using the CoH2 base game. Incredibly smart move on Relic’s part there.

Question is: is it any good? The answer is: yes (spoilers). 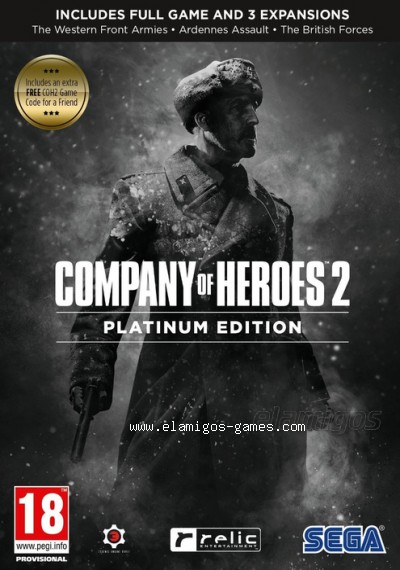 Of course, as is traditional with RTS games, it’s very difficult to full vouch for a title in the genre before it is released unto the masses and (likely) gone through several balancing patches. Therefore, please, do take my words as they are written as accurate for this date (June 23rd).

For the current Company of Heroes 2 players there will be some notable changes you’ll want to scribble down. Firstly: War Bulletins are out. Gone, forgotten, and now replaced with War Spoils. They function is a rather similar way, but do seem to have an element of randomness to them (or at least I could decipher no clear pattern after 15 odd hours of play). You still choose three of them per loadout, however, so don’t panic too much over the change.

Some more glorious news though comes in the form of Public Game matches! There is now a public match list, accessible through the Skirmish menu, so no longer are we bound to the restraints of Automatch or friend lobbies. It’s taken a while, but it’s a welcome update.

As far as factions go: The US Forces are simple(r), but more macro-intensive. You will always start with a fully constructed base, but are limited in your units by a command-tree. You will need certain Commanders to build specific units, such as Captains for anti-tank or Lieutenants for machine gun teams. You’ll be concentrating far more on your opening 10 minutes than most other factions, as without proper scouting you could quite easily be overrun before having a chance to really get your tech-path going.

The US Forces use an easier system once you memorise which Commanders you need to build specific units, and you know the style of play which works best for you. It’s a far more free-flowing battle-style as you can adapt quicker and hard-counter faster, so you’ll be winning far more often with sheer numbers and good unit composition than micro-guerilla warfare.

The OberKommando West however is a far, far more micro-focussed faction. You begin with a half-track base, but will gain more half-tracks (up to three) as the battle progresses to expand your territory. You can place these half-tracks on any currently captured victory points if you’re feeling brave, or keep them close to the chest and ensure you won’t need to replace them if the battle isn’t going your way. Each half-track you have can be used for either a Battlegroup, Mechanical, or Schwerer Panzer HQ – though you can mix-and-match and say have two Battlegroup HQ and one Schwerer.

Unit-wise you’ll be looking at much faster moving, agile units with the OberKommando – but with a much higher cost. You will be much more intent on keeping what troops you have alive and in the correct positions than you would otherwise be with the US Forces. You will not win battles by numbers, you will be picking your units carefully, sneaking certain ones across enemy lines, and using your sparse, yet brute veteran heavy artillery to back them up whenever necessary. If your APM is normally below 100, I wouldn’t recommend OberKommando.

The new maps are not too varied, but provide a very solid balance without forcing a complete mirror map. A majority of the maps take place either in forestry or across winter landscapes, somewhat limited by the vast amount of the Western Front looking like this, but with less of the environmental hazards that plagued the maps of the base game. I don’t recall one time weather affecting me in TWFA, even on the colder map settings, but I suppose the temperatures weren’t as intense as they were further out in Russia.

All in all, I’d say The Western Front Armies offers a great value product, especially for new players wanting to try out Company of Heroes 2 but wanting to drop a huge amount extra for the singleplayer. Veteran players will have their own loves or misgivings about the package, but considering previous DLC prices TWFA is giving a very decent deal – even for the maps alone. Overall, I’d say TWFA is great, and I hope Relic continues to support Company of Heroes 2 like they are with The Western Front Armies. 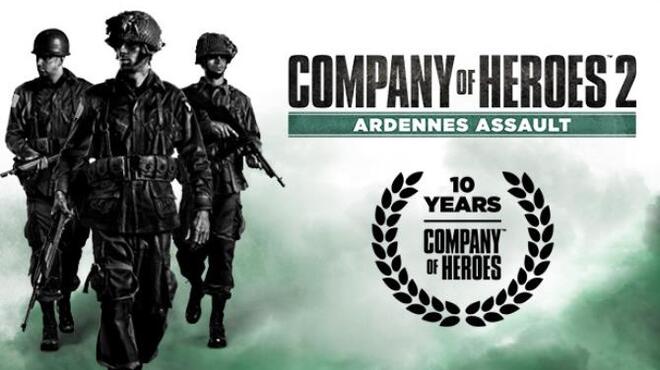