Farms and Villages in the Viking Age 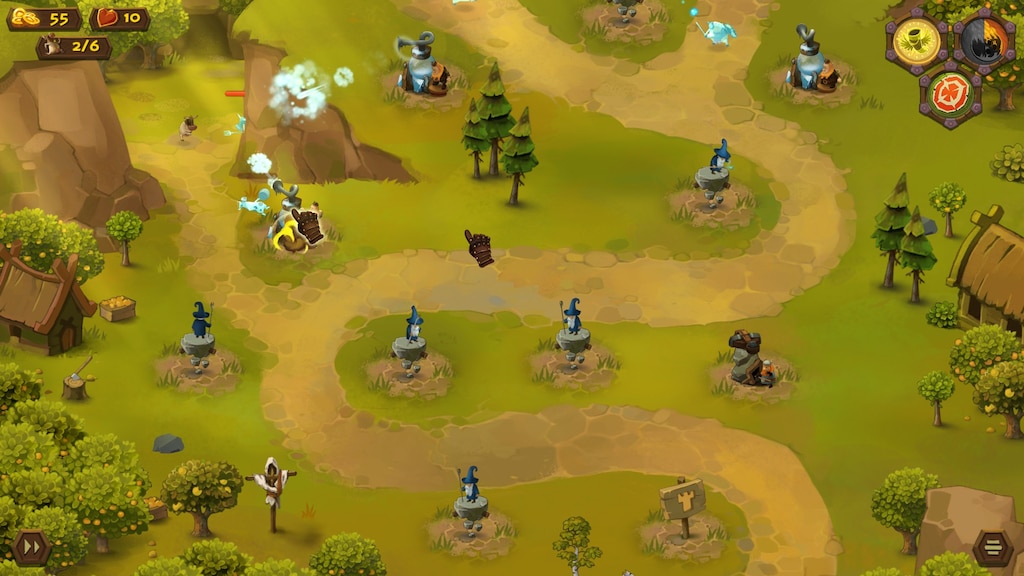 The Viking reputation as bloodthirsty conquerors has endured for more than a millennium but new research shows that some Norsemen approached these islands with more than a little trepidation.

The main farming activity throughout the Norse region was animal husbandry, and cattle were the most important of the livestock. Thatimportance is reflected in the language: the word for cattle and the wordfor money are identical: fé. Cattle were the only farm animals covered bythe insurance provided by the hreppur, described later in this article.

Cattle were raised for many purposes. Milk cows provideddiary products, which were consumed fresh, but more importantly, they were turned into foods such as cheese, butter,and skyr, which could be stored over the winter months when cows stoppedproducing fresh milk. On prosperous farms, beef from the cattle was a regular part of thediet. Oxen were used as draft animals, to pull a sleigh, a sledge, or an arðr , an early form of plow. Additionally, bulls were used as offerings to the gods in pagan era sacrifices.

Cattle were smaller in the Viking age than today, standing less than 120cm high (48in) at the shoulder. Few bulls were kept. Rather, they were allowed to reach puberty, bred widely, and then slaughtered before they reached the point where they consumed large amounts of fodder in the winter.

In the summer, cattle were driven to pastures in the highlands. Barren cattle might be grazed outdoors year round, but generally milk cows were brought in under cover during the winter and fed from the stored stocks of hay. During especially harsh winters, it is likely that livestock left outdoors starved to death.

Second in importance to Viking age farmers were sheep. Sheep were raised for their fleece, their milk,and their meat. Wethers (castrated rams) were allowed to graze, but ewes were penned andthe lambs weaned from them. Smaller numbers of ewes than wethers werekept, which suggests that the fleece from mature wethers was the desired product and that milk from sheep was of lesser importance than it came to be after the end of the Viking age.

Other livestock raised on Viking age farmsincluded goats and pigs. Goats could be grazed year round in areas of brushwood, but evidence from Hofstaðir suggests that goats were penned and fed high quality fodder. Goats were kept for their milk and their meat. In Iceland, pigs were valuable to the early settlers because they reproduced rapidly and were capable of finding food on their own. But because of their destructive tendencies and aggressive behavior, pigs were considered 'problem animals' in the later Icelandic law codes.Home field pigs (túnsvín) were kept close to home and slaughtered forhome consumption. Very young suckling pigs were considered a delicacy and a mark of status. Many of the pigs kept at Hofstaðir were slaughtered at this stage in their lives, suggesting they were a part of the feasting activities of the farm.

In the summer months, livestock was driven to pastures at higher elevations, called sel (shieling). During this time, from mid-June through mid-October, most of the livestock were left to forage freely, while milk cows and ewes were kept close so they could be milked every day. The raw milk from the animals was collected and processed in a shed on site, where the farm family, or their hired hands, lived during the summer while they tended the livestock.

Typical crops included grains such as barley (a staple crop throughout theNorse lands), rye, and oats. In the most southerly regions, wheat could begrown, a luxury crop. Depending on the local climate and soil conditions,vegetables such as beans, peas, cabbage, and onions could be grown. Thus, it was possible for a Norse farm family to have a varied diet.In addition, utility crops (such as flax for linen) were grown.

Regardless, grain cultivation was clearly attempted by the early Icelandic settlers. Both oat and barley pollen and barley grains have been found in the earliest settlement layers in Iceland. Substantial quantities of grain were found in the excavation of a Viking age granary at Aðalstræti 14-16 in Reykjavik, suggesting that at least for this early Viking age farm, grain cultivation was quite successful. If the stone chest had been full, it would have held 200kg (440lb) of grain.

Plows were used in other parts of Europe during the Norse era, but there is scant evidence of their use in Norse lands during this time. Literary evidence (such as Landnámabók) supports only the use of ards. While iron cutting blades of ards have been found, no complete ards or plows are known to have survived from the Norse era, so their appearance is open to speculation.

It is thought that one man guided the arðr while another walked alongside the oxen, guiding them, encouraging them, and holding them when the arðr was stopped by a stone.

Continuous cropping was the cultivation practice most widelyfollowed, where fields were continuously used year after year without any fallowperiods. This practice required heavy fertilization in the form of manure. Onlylater in the medieval period, after the end of the Viking age, did crop rotationtechniques come to be used in Norse lands. It is possible that alternating fields were left fallow for a year, and livestock were kept overnight on the unfallow fields as a way of fertilizing the field for the next year's crop.

Barley was mowed with a sickle, then bound and stacked. After drying near a fire, the grain was threshed. The difficulty of growing grain was reflected in its value. Aweight of dried grain was worth the same as an equal weight of butter orcheese. Grain was used for bread, porridge, and ale.

The law in Iceland required every person to be affiliated with a farm.In order to bring a legal complaint against a person, he had to be summoned tothe legal assembly (þing) for his region. A person with no fixed abodecouldn't be charged in the proper court and thus was a danger to thesmooth operation of society. People were allowed to change their legalresidence only during the four days at the end of May called fardagar(moving days). During this time, households moved, and tenants andfarmhands renewed their contracts for the year.

Ingeneral, farm families needed to be self-sufficient. With theexception of some luxury items, and some raw materials, everythingneeded for farm life was typically grown or manufactured on thefarm. Wooden tools were made as needed. Every farm had to have a forge of some kind in order to be able to resharpen cutting tools such as scythes; whetting alone was insufficient for keeping frequently used tools sharp. Most large farms had well equipped forgesfor working iron. Farmers were expected to be competent carpentersand blacksmiths. The tools shown to the left are reproductions of carpentertools (top) and blacksmith tools (bottom). Sketches of period blacksmithing tools are shown to the right.

Farms throughout the Norse lands were isolated. Farm life in the Viking age was a constant struggleagainst starvation, cold, and disease. Most people expected to and did worktheir entire waking hours.

Since there was nothing like a police force to maintain the peace, every farmer had to be prepared to defend his farm and property. A sense of solidarity was expected on a farm, between the farmer and his wife, on one hand, and the servants and farm hands on the other. In exchange for obedience and support, the farmer provided for defense and safety of his entourage. In addition, a farmer would look for support and assistance from people outside the farm: from family members; his chieftain; his neighbors; and others with whom he had made reciprocal arrangements for mutual help and protection.

In Iceland, each local district participated ina mutual insurance pact, called a hreppr. Regular annual payments from area farmers were used tohelp farms that suffered catastrophic losses to buildings from fire or tolivestock from disease. The hreppr also saw to the welfare of orphans or otherswho could not provide for themselves. While the concept of the hreppr is discussed in the law books (Grágás K234), it is mentioned only once in passing in the stories (Víga-Glúms saga, chapter 18).

It was the custom of farmers in a district to meet during the last month of thewinter, according to chapter 14 of Vopnfirðinga saga. At these meetings,men shared out the common work that needed to be done in the spring.

Entertainment was at a premium at the farm, and included games, feasts,and story telling. Any opportunity to travel to markets, to feasts, to games, or togatherings such as þing meetings was welcome.

Vikings are famous chiefly due to their conquest accomplishments. In their timethey had been rated among the very best raiders that weren't frightened of anything, but one monster... And they're still frightened of it before now, and nobody really knows the reason why. It's cows! An individual would state that these domestic animals cannot harm anybody, but the Vikings are terrified of, we do not know. You may find it from the game named Cows vs Vikings, since this is likely small exceptional species of cattle. They've opted to take the instance from the Vikings and pillage each of their villages because the Vikings have done exactly the exact same to the other countries. Would you defend your village out of the crazy cow raid? Have fun.

Cows Vs Vikings For Macbook Air

Cows Vs Vikings For Macbook

Cows Vs Vikings For Macbook Pro

Cows Vs Vikings For Maccabi