Devm Games’ latest mobile title called Extreme Forklifting 2 is a very addictive game, that’s available on iOS and Android platforms. In here, you shall be playing the role of a forklift operator, as you move pallets around and do various crazy stunts, doing so with realistic, accurate, and highly responsive controls. As the title suggests, it is the sequel to the original Extreme Forklifting, and aside from racking up your score and delivering more pallets, that’s basically all there is to it in this new game. It’s offbeat, but it’s also fun, and we do agree that it can be quite addictive.

If you’re new and want to earn more money and improve on your high score as you try to be the most extreme forklift operator out there, you have come to the right place. We’ve got a pretty cool list of Extreme Forklifting 2 tips and tricks for you right now, and while it’s mainly designed for the first-time player, these tips are the ones you need if you want to get ahead of the learning curve and deliver more pallets.

1. Practice To Get Used To The Controls

Devm says that the controls in this game are very responsive, but at the end of the day, they’re like the controls in most other games – you will need some time to get used to them. This is especially true if you’re not familiar with operating a forklift in real life, which we expect would be the case for almost everyone out there. For a list of the basics, remember that you’ll find the shift lever above the steering wheel; you can then use this to go forward with or reverse your forklift. Controlling the fork’s elevation is done right above the gas pedal.

2. If The Controls Confuse You, Go Edit Them

The control setup might not work for everybody, so if you’re having a hard time maneuvering your forklift, you can go to the game’s settings and change the controls of the game. You will also have the option in there to switch the game to power-saving mode. That slows the frames-per-second down to 30 fps, which would be less draining on your phone’s battery. Try this 30 fps setting, and if that helps you play better, then stick with it.

3. About The Game’s Various Quests

About one-half of the in-game quests or achievements would require you to move a certain number of pallets. You also may be asked to destroy a pallet, and there may even be times when you have to destroy the forklift by crashing it. The latter two quests can actually be completed at once, if you follow the steps we will show you below. 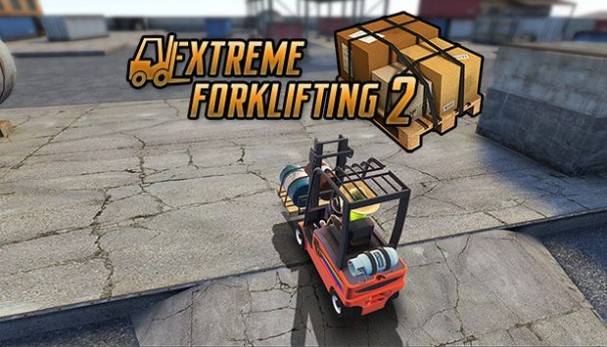 4. Two Quests In One – Destroy A Pallet, Destroy Your Forklift

Yes, it is possible to destroy both a pallet and your forklift in one go. Simply grab one pallet, place it on the fork, lift the fork as high as possible, then drive the forklift off a ramp or platform. With the fork raised especially high, that will cause the forklift to tip over, as the vehicle falls off the side and the pallet crashes down. With that, you’ll be killing the proverbial two birds with one stone.

Once you’ve earned enough in-game cash, you can customize both your forklift and its driver. For example, you can buy new hard hats for the forklift driver, or add flame decals to the forklift. There’s also a spoiler that can be installed on the back, which may sound like something functional, given how spoilers work on real-life cars. But like the decals and hard hats, it won’t do anything at all to change gameplay. All these customizations may make your forklift and its driver look spiffier than their boring old stock settings, but don’t expect gameplay to be any different.

Extreme Forklifting 2 has time trial tracks, which could be great if you’re looking for a challenge beyond the usual moving of pallets; we’d say this is where the word “extreme” really comes into play. Short and long tracks aren’t really loaded with special features and challenges, but there’s also a spinning track where you have to deal with spinning platforms en route to your checkpoints, and an extreme stunts track where you’ve got moving platforms that will throw you off if you’re caught unprepared.

That’s it for now, as far as our Extreme Forklifting 2 tips and tricks are concerned. If you know some more advanced tips for the game, be sure to drop us a line in the comment section below!