The soundtrack of the game was composed by Ben Prunty and was released on Bandcamp on September 14th, 2012. Most tracks come in two parts, one for exploration and one for battle, the game crossfading between the two depending on the situation. The additional tracks added in the Advanced Edition were also released on Bandcamp on April 3rd, 2014. Original Soundtrack to FTL: Faster Than Light. Composed by Ben Prunty.Space Cruise (Title)MilkyWay (Explore)Civil (Explore)Cosmos (Explore)Deepspace (Explore)Debris (Explore)Mantis (Explore)Engi (Explore)Colonial (Explore)Wasteland (Explore)Rockmen (Explore)Void (Explore)Zoltan (Explore)BONUS FederationMilkyWay (Battle)Civil. So this is much mellower and more deliberate in pacing than my usual stuff. FTL is a great game, and Ben Prunty made a soundtrack for it that fits perfectly. I spent hundreds of hours playing this, and the soundtrack stuck with me, so it was only a matter of time before I tackled it. Oh my god, Captain's edition is amazing. I've been playing it for quite a long time now, it's quite a challenge and also really makes the game much more interesting, with greater story depth, item variety, different playstyles, trade, more music (the CE extra music addon adds such a good extra soundtrack, even feels like FTL-style) it's so interesting. 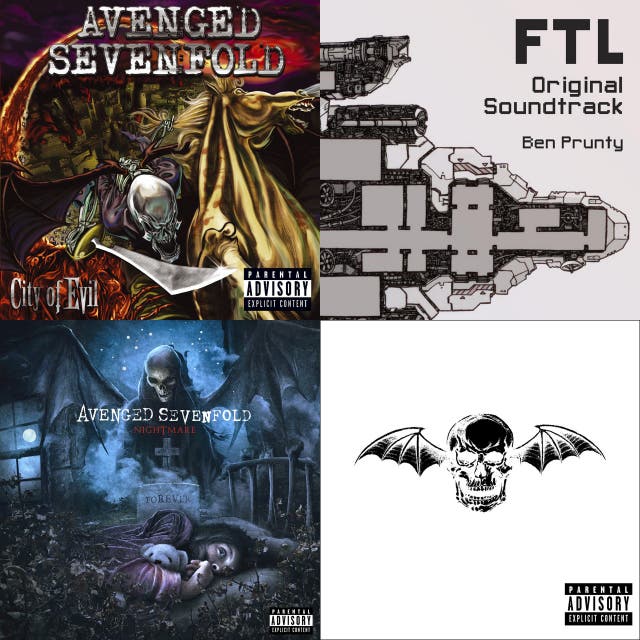 'I figured you guys were getting tired of the endless flood of synthwave remixes from me, so I guess something different is appropiate. I went into this one trying to do something warm, lo-fi/analog-sounding, and also unlike most of my remixes, not in your face all the time. So this is much mellower and more deliberate in pacing than my usual stuff. FTL is a great game, and Ben Prunty made a soundtrack for it that fits perfectly. I spent hundreds of hours playing this, and the soundtrack stuck with me, so it was only a matter of time before I tackled it.

I hope everyone enjoys this one, I like the results, and I'm happy that I went into sorta unknown territory and came back with something alright to show.'

Groovy vibe/aesthetic shift for Mike; I can never really get too much of his particular flavor of synthwave, but this is lower-fi, mellow, & comparatively stripped down, and right from those introductory, drifting/melting chords, you know it's gonna be good. Vaporwave? Retrowave? Something-wave... judges were unanimous; Rexy provided a great breakdown & analysis:

'Structure-wise, it's one run-through of the source but with a whole bunch of modifications. The backing melody's irregular syncopation from 0:48, the little melody flourishes in the first half (0:36, 1:46, the sine pluck at 1:58) and the source arpeggio changed into a filter-heavy sequence (1:06) all stuck out. The additional synth solo in the 1:23 section also added some much-needed warmth in the lower end. And the square legato synth at 2:50 is all original despite having a similar tone and rhythm to a left-panned synth later on in the source. It's a sign that you knew the BGM inside and out and achieved a compelling arrangement while still respecting the qualities of Ben Prunty's composition. Seriously, I got nothing else to say - great job, hey ho, front page, let's go.'

I got nothing else to say, either; Ben's score to FTL really resonated with fans & fit the game like a glove, and Mike's taken that & given it a watery, warm, & well-textured makeover. Great stuff - enjoy!