Golden classics which has been sold for over 20 million copies worldwide. This game is now released for Mac on Steam! On this page I cover Half life 1 + 2. On MMOGA.com you can buy a bundle that contains Steam serials you can add in your Mac steam for the 5 Mac games: Half-Life 2; Half-Life 2:Episode 1; Half-Life 2: Episode Two; Team Fortress 2 and Portal, for only $15!!!!! So get it straight away using the blue “”buy the Mac game here'” button in the slider! Half Life 1 you can buy seperatly on steam when interested. Have fun! 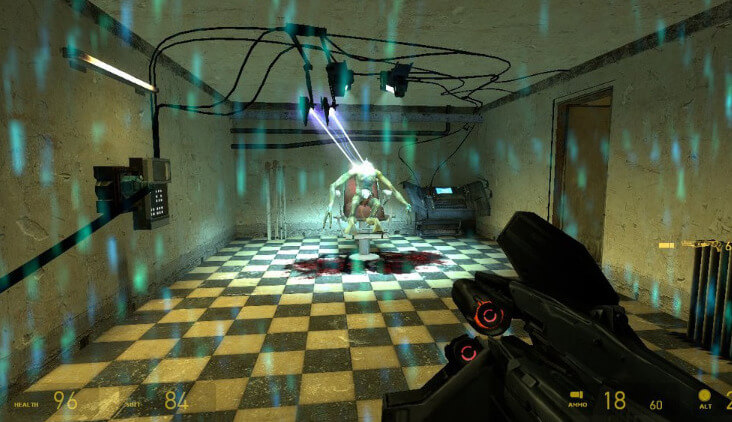 The Orange Box is a bundle that includes five titles from Valve: Half-Life 2; Half-Life 2:Episode 1; Half-Life 2: Episode Two; Team Fortress 2, the sequel to the game that put class-based, multiplayer team warfare on the map; and Portal, the game that blends puzzles, first person action, and adventure gaming to produce an experience like no other. By taking the suspense, challenge and visceral charge of the original Half-Life and adding startling new realism and responsiveness, Half-Life 2 opens the door to a world where the player’s presence affects everything around him, from the physical environment to the behaviors even the emotions of both friends and enemies.

Half-Life, players assume the role of Dr. Gordon Freeman, a theoretical physicist who must fight his way out of a secret underground research facility whose research and experiments into teleportation technology have gone disastrously wrong.