Kingdom Rush: Frontiers follows the formula of a typical tower-defense game. Placing towers on the side of a path to destroy enemies that appear in predetermined waves, the objective is to defeat all the waves before they reach the end of the path, using the towers and certain abilities. Letting too many enemies through results in a Game Over.

Great news gamers, renowned gaming website IGN has partnered with Ironhide Games to give gamers Kingdom Rush Frontiers for iPhone and Kingdom Rush Frontiers HD for iPad free-of-charge! All copies of fantastic tower defense game are available on a first-come, first-serve basis, so be sure to visit grab your free copy ASAP.

For those unfamiliar with the title, Kingdom Rush Frontiers is the sequel to Ironhide’s original Kingdom Rush tower-defense game. Bigger and badder than ever before, Kingdom Rush: Frontiers is a whole new level of the furiously fast, enchantingly charming gameplay that made the original title an award-winning hit. Tap your troops through an epic (mis)adventure as you defend exotic lands from dragons, man-eating plants, and ghastly denizens of the underworld -all with flashy new towers, levels, heroes, and more goodies to help you crush your foes to a pulp.

Kingdom Rush: Frontiers packs in so much content, it’s like a fully upgraded artillery blast of mouthwatering, pixelated joy launched right into your smiling little face… and it hurts so good! The game has a high metascore of 85, and is rated4.5 out of 5 stars in the App Store, from over 5,000 reviews (iPad HD version is rated at 5 stars from over 9,000 reviews ). 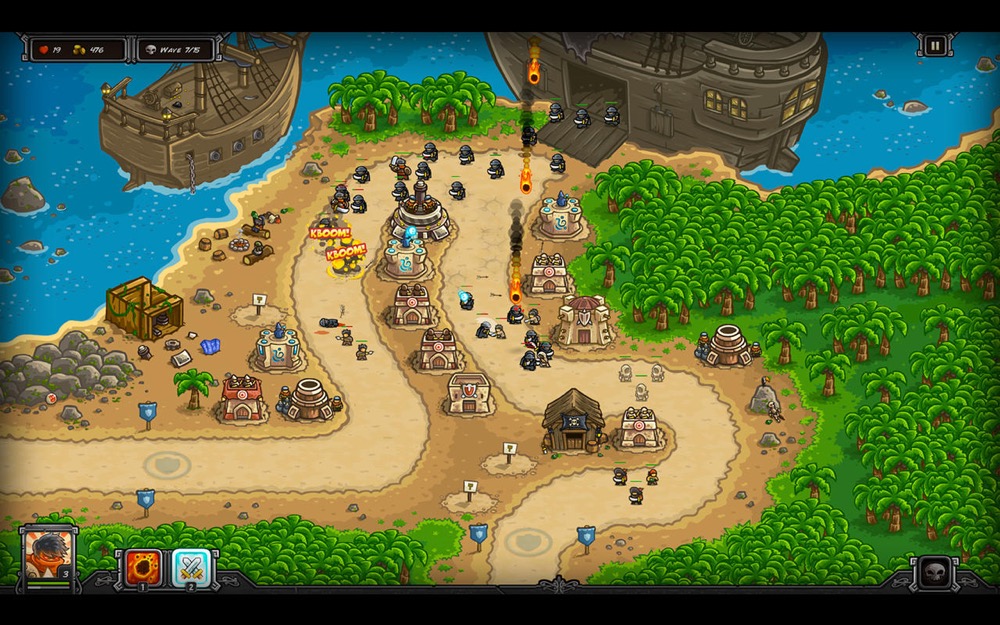 Visit the IGN giveaway page: For iPhone & iPod touch HD version For iPad, Click on the red “GET MY FREE GAME” button to get your unique promotion code as well as the introductions to redeem your code. The codes are available on a first-come, first-served basis, so make sure to grab your promotional code ASAP. NOTE: The app is not free straight from the App Store, the code from IGN is needed.

NOTE: Though the app is free, it doesn’t apply to in-app purchases so watch out what you click on within the game.

If you want to snag the game, you must be located in one of these 44 countries::