'Fiend blood runs through their veins, whispering cruel truths and evil ideas. Who are they? Tieflings, the outcasts of the civilized world. 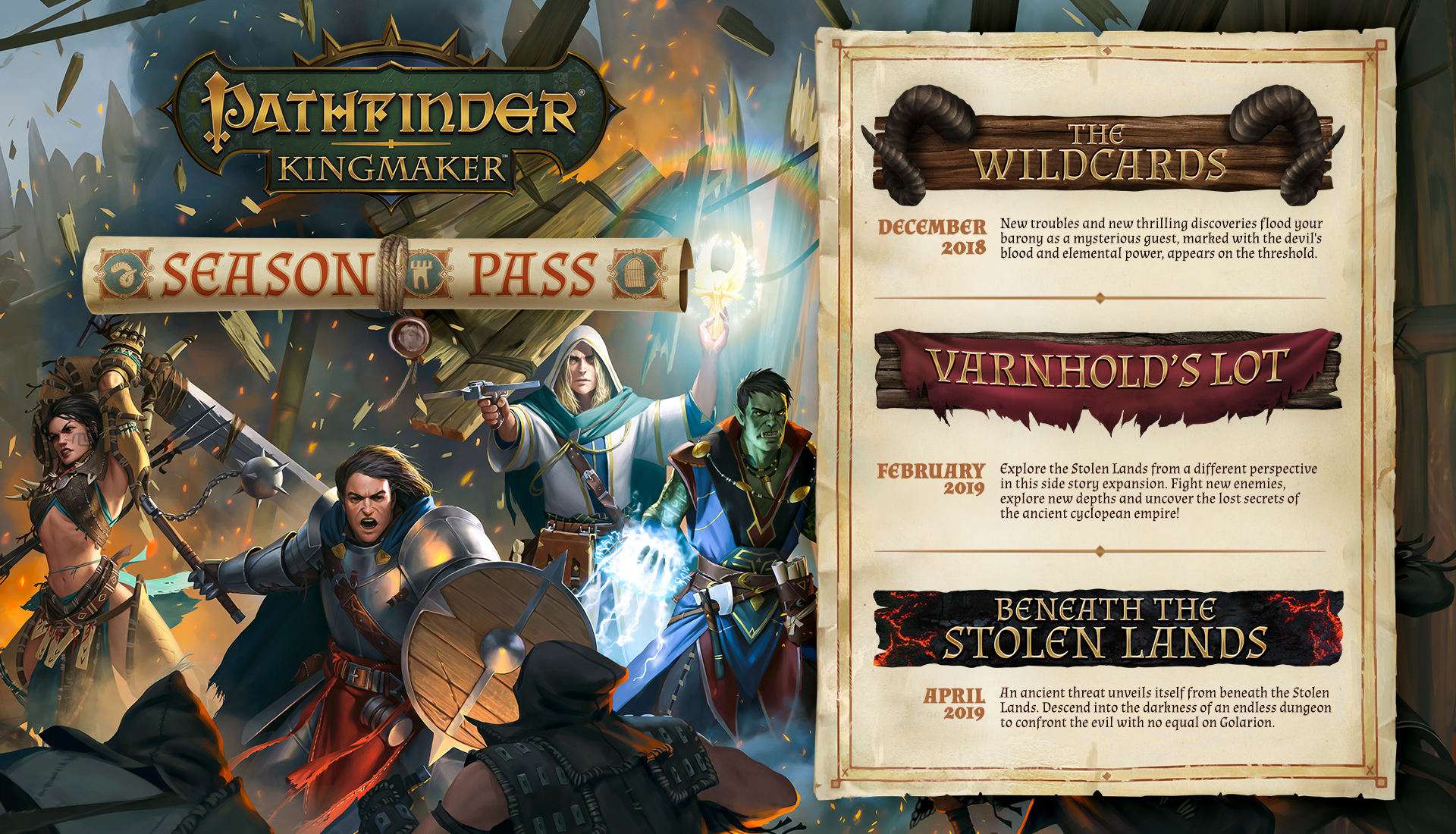 Living channels of elemental energy, tamers of wild power - who are they? Kineticists, masters of occult elemental skills.

A mysterious stranger crosses the threshold of your barony - marked with the blood of devils, gifted with the power of the elements. Who is she? Discover for yourself!'

The Wildcards is the first paid DLC released for Pathfinder: Kingmaker on December 14th, 2018.

The companions will join your party at the beginning of Chapter 2. If you already have a game in progress when you install the DLC she will seek and audience at your throne at any point prior to Chapter 5 (War of the River Kings).

'Pathfinder: Kingmaker' The Wildcards DLC Delayed Until Next Week 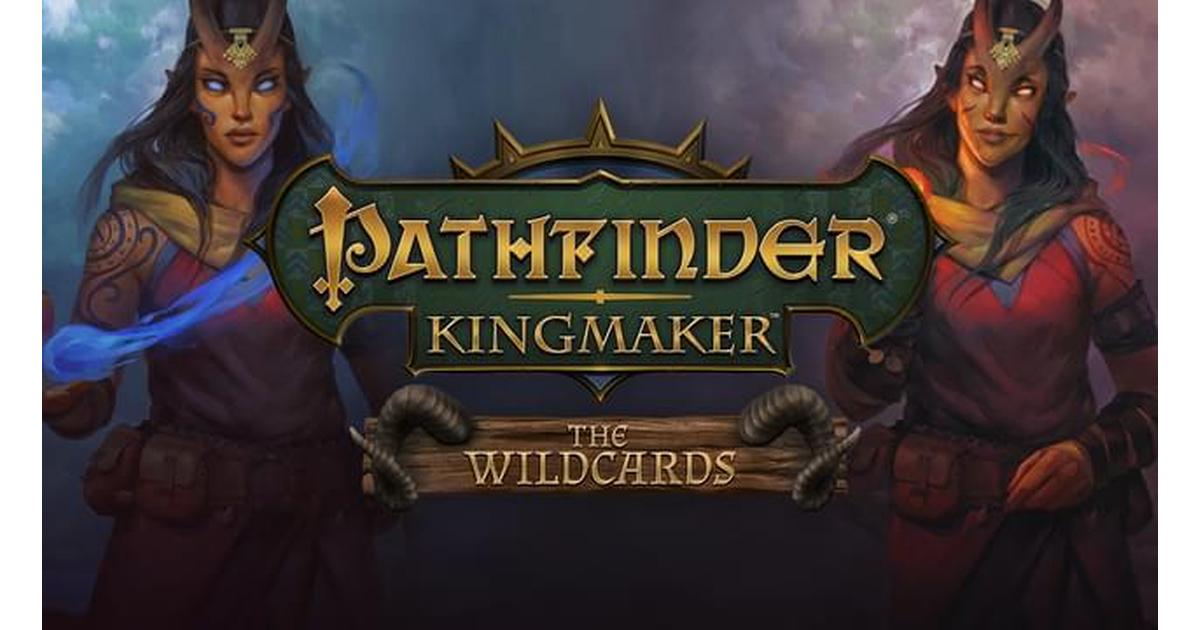 Pathfinder: Kingmaker is an isometric computer RPG that will take players on a tour through the infamous Stolen Lands, the dangerous and turbulent territories well known within Pathfinder fandom.

The computer RPG will revisit familiar characters and well-known locations of the series’ lore as well as treat players to brand new adventures, deadly foes and unforeseen twists and turns. Fans of the fantasy pen-and-paper RPG will experience its epic, heroic universe in new ways while computer RPG gamers will discover their favorite genre in a more contemporary light.

Pathfinder: Kingmaker will challenge players as both adventurers and rulers as they will be able to claim explored lands and carve their own kingdom from the wilderness. Kingdom founding will go beyond simple stronghold-building to become a true reflection of the hero’s character and choices made throughout the game. Each kingdom will be a living thing shaped by alignment, choices, allies and the hero’s ability to lead his or her people. 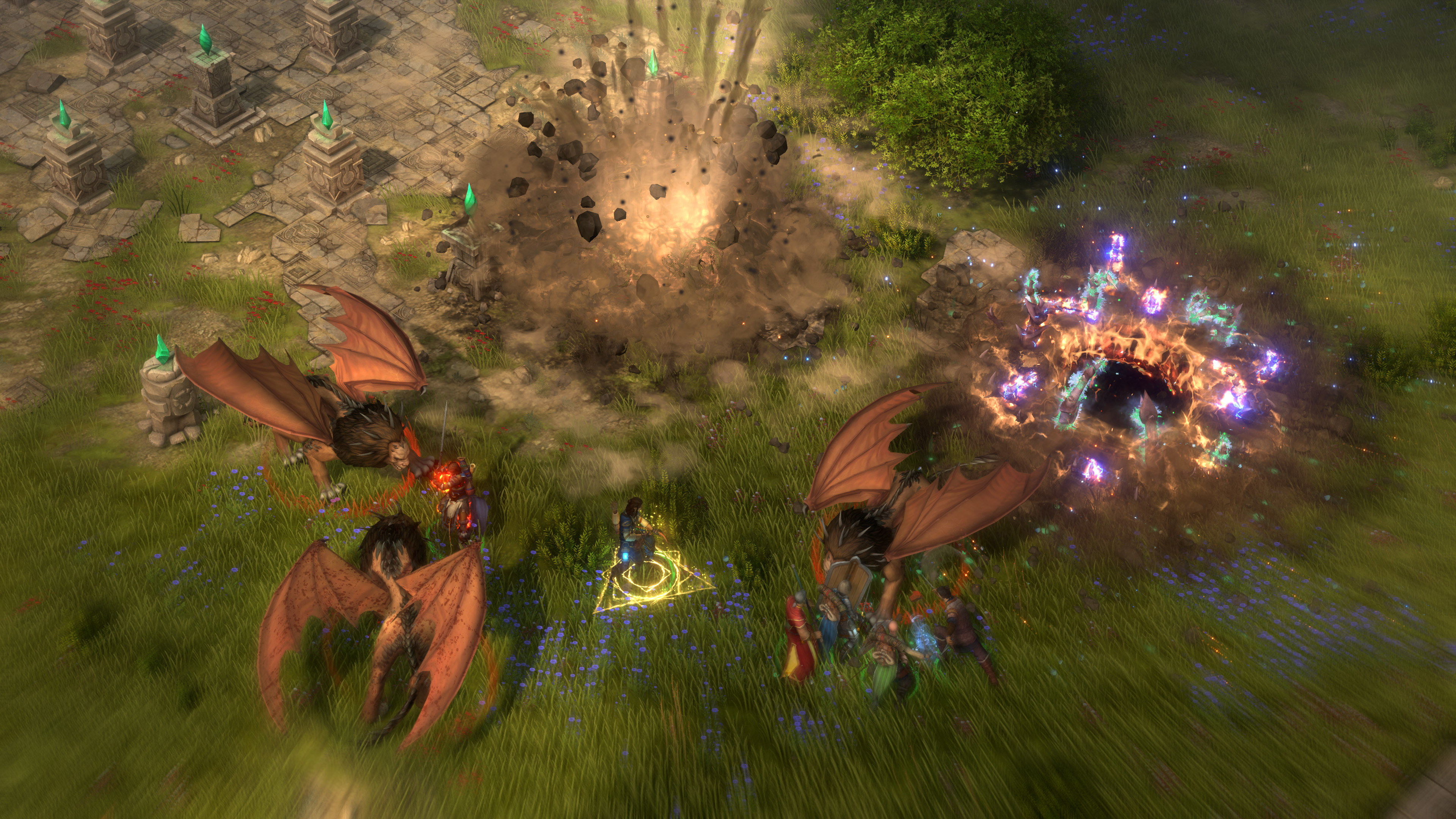 Originally scheduled for release today, The Wildcards DLC for Pathfinder: Kingmaker has been delayed until next week.

The last two months have taught us a good lesson – it is always better to take some extra time to make sure everything is ready, and we feel like we should not rush our first major DLC. To ensure we deliver the experience and quality you deserve, we will dedicate additional time and effort to “The Wildcards”. We hope you can understand our decision - it was not one that was made easily, however, we believe it was the right one.

Fiend blood runs through their veins, whispering cruel truths and evil ideas. Who are they? Tieflings, the outcasts of the civilized world. Living channels of elemental energy, tamers of wild power - who are they? Kineticists, masters of occult elemental skills. A mysterious stranger crosses the threshold of your barony - marked with the blood of devils, gifted with the power of the elements.

Who is she? Discover for yourself!

This new DLC for Pathfinder:Kingmaker includes:

• A new playable race. During the poll to decide which bonus race we were going to add to the game, one particular option was requested a lot (besides the winner - Aasimars): Tieflings, the people with a drop of demonic blood in their veins. They didn't make it into the base game, but became the natural choice for the first piece of post-release content.

• A new playable class. They master the raw power of the elements, channeling it into their wild talents to manipulate the world around them. Kineticists are living conduits of primal energy, deadly both in close and ranged combat.

• A new companion. If you combine a race with a class, you get a character. Welcome your new companion, the Tiefling Kineticist who comes, just like every other companion, with her own storyline. She could also be a romance option and may hold one of the positions in the Kingdom.
The new companion will join your party in the beginning of Chapter 2. Those who would like to add the companion to their current playthrough can do so at any point before the end of Chapter 5 ('War of the River Kings'): the companion will ask for an audience at your throne room. However, we would advise to begin your acquaintance with the character as soon as possible.

The game is being developed by a team of industry veterans, with a dozen years of experience (Etherlods, Silent Storm, Heroes of Might&Magic V, Skyforge) and love for pen and paper role-playing games. Assisting the story is narrative designer Chris Avellone, who previously worked on Fallout 2, Planescape: Torment, Divinity: Original Sin II, and many other well-known titles. To ensure that the Pathfinder universe is carefully transferred into a video game, the development team also works in close partnership and under the supervision of Paizo, the creators of the pen-and-paper RPG franchise.

Pathfinder: Kingmaker is scheduled for release on September 25, 2018.