A simple, semi-randomized dungeon crawler with retro aesthetics, Pixel Heroes: Byte & Magic from German developers The Bitfather is early RPG style played for laughs. Its comedy is mildly amusing, as its gameplay, but never quite manages to be outright hilarious or addictive.

Its thick, blocky graphics and MIDI score are an obvious tribute to the computer RPGs of the late ’80s, like SSI’s Advanced Dungeons & Dragons games, the original Might and Magic series and Bard’s Tale, but Pixel Heroes throws in a lot of humor, as well. Some of it is less comedic than surreal, like the character biographies generated by random text combinations that end up like fantasy-themed Mad Libs, but there are plenty of conventional jokes, as well.

None of it is outright hilarious, but whether your preference in humor tends toward computer in-jokes (priest characters pray to The Great Assembler), pop culture references (NPCs inspired by The Matrix, Fear and Loathing in Las Vegas and the Lord of the Rings trilogy all make appearances) or even stoner comedy (a Rastafarian dwarf herbalist is one of the playable healer classes), you’ll probably find something to make you smile, if not laugh out loud.

The gameplay is stripped down and simplified to the point that there’s little more than combat and inventory management. After recruiting three heroes and accepting a quest in town, you’ll face a couple of random encounters (which may or may not involve fighting) on your way to that quest’s designated dungeon, upon which you’ll work your way through exactly eight rooms in succession, no exploration or puzzle-solving required.

Each room will involve a fight sequence or perhaps a chest or altar to be opened (watch out for traps) or exorcised, and fights are basic turn-based affairs, with each character required to rest one turn after performing an action.

Strategy boils down to figuring out the game’s elemental system, which is actually fairly interesting; the spirit of Leviathan (water, in other words) is strong against Phoenix (fire), but not the other way around, so you’ll have to pick your weapons, armor and spells carefully before entering a dungeon. A fairly limited inventory space makes this more of a challenge, as it’s possible to sell all of your fire armor and then get stuck traveling to a dungeon full of fire monsters.

A variety of interesting hero options, like the disease-spreading Plaguebringer or magic-proof Gadgeteer, can be unlocked, which gives Pixel Heroes a touch more longevity than it might otherwise have, and fans of H.P. Lovecraft will enjoy what little storyline the game provides (in addition to dungeons based on Lovecraft stories, the main quest involves a cult attempting to call forth an evil elder god).

Overall, though, once you figure out the basic elemental combinations, it’s a little too simple to be compelling in the long term, especially compared to other semi-casual light RPGs like Desktop Dungeons or the excellent One Way Heroics. 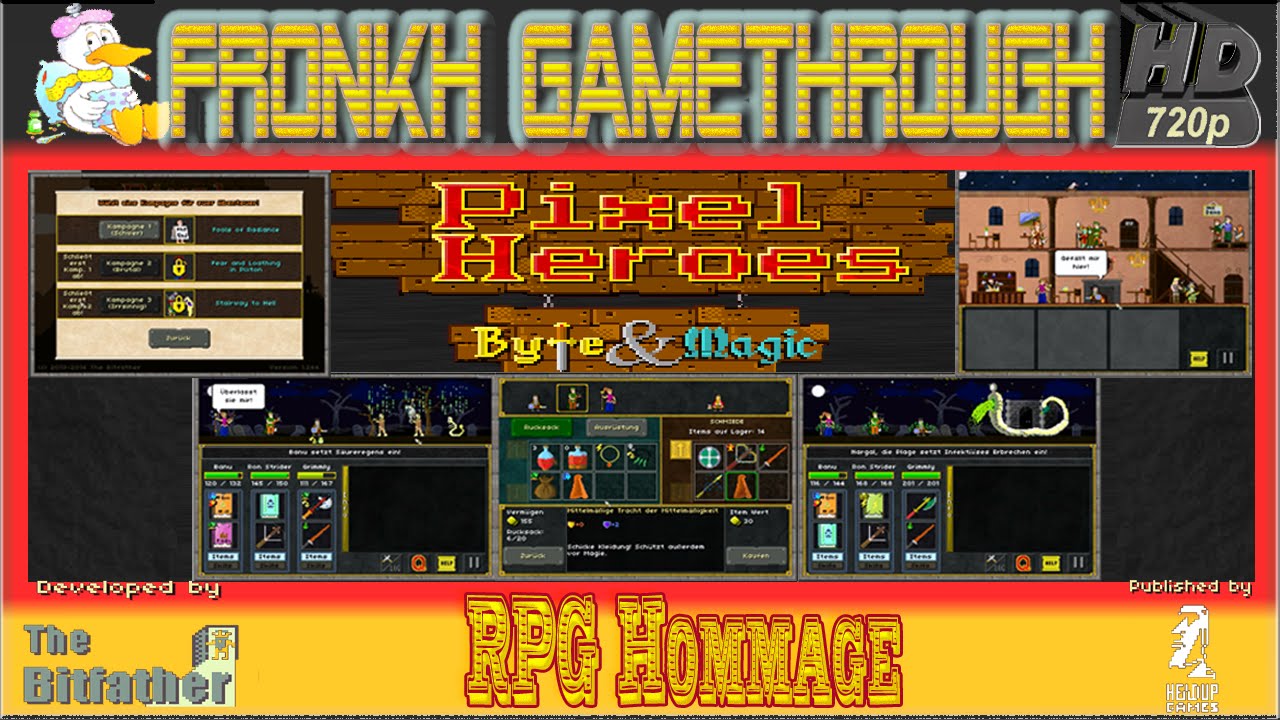 Watch the trailer for Pixel Heroes: Byte & Magic below:

„Listen! The end is nigh!! Hear my words and prepare! An ancient cult has set foot in our lands! They call themselves -The Sons of Dawn- and pray to some dark elder god. They have started recruiting people for their cause all over the country. I fear that they want to try to awaken something which should be left sleeping. Something dangerous and sinister! Something that might destroy us all. Spend your last of days wisely...“

Enter the world of PIXEL HEROES and prepare yourself for a thrilling RPG/Roguelike experience like you have never seen before!

Explore a randomized world full of hilarious events, deadly dungeons and the weirdest NPCs you will ever meet in a game!

Choose three heroes for your party and take them on a journey that will be completely different each time you start a new game. Bath in a pool of procedurally generated loot and defeat the evil forces that threaten the township of Pixton!

◾ 30 unique hero classes to unlock, each with individual skills and attributes.

◾ 3 campaigns to unlock, each with its own final dungeon and boss.

◾ Permadeath! You know you want it.

◾ A detailed graveyard where you can mourn your dead heroes, compare their statistics and see which of their choices led to their tragic death.

◾ Completely crazy NPCs, each one of them with a significant storyline that you can follow to unlock cool stuff! 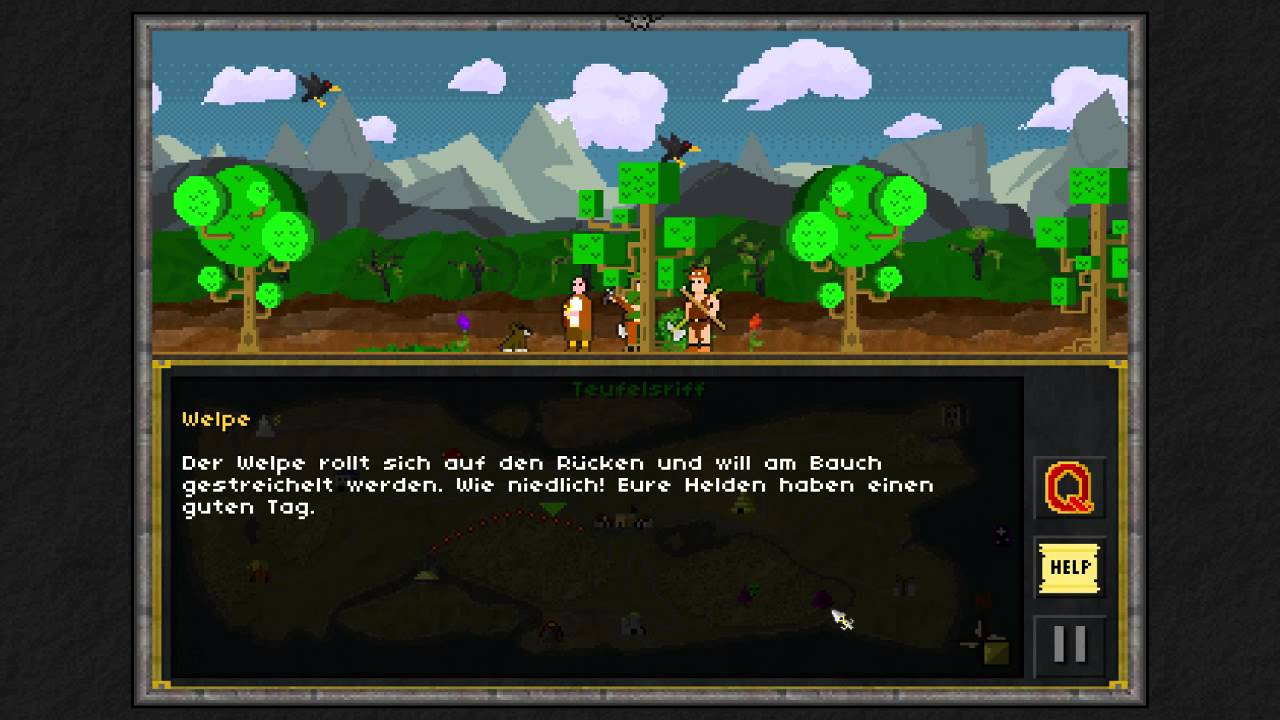 ◾ Tons of random events that you will encounter on your way, expecting you to make important choices. Will you yell at the cat like a crazy idiot?

◾ Many achievements and unlockables, try to get them all and become the most badass Pixel Heroes player in the world!