Some games are all flash. Play for an hour, and you're thrilled. Play for two, and you begin looking for that old copy of Betrayal at Krondor. Very occasionally, though, you'll encounter a game that leaves you frustrated and cursing after that first hour - but hooked by the third or fourth. For me, Septerra Core fits into that second category.

It's a console-style RPG set in a world that mingles magic, swords, modern weaponry and punk haircuts. At any given point, you control three party members out of a total of nine, and each of those nine interacts differently with the rest of your part and the many people you meet. Each character is rated for a variety of attributes (such as strike, armour, strength and agility) which increase over time as you kill enough enemies. However, you can't select the attributes to increase; this happens automatically.

The story is a variant on the standard complicated race-to-a-powerful-artifact-before-the-bad-guys-get-it. You play a teenage garbage scavenger, Maya, in a Road Warrior-style society that lives off the technological refuse of other cultures.

The backgrounds are attractively drawn and coloured, but relentlessly 2D, without the aid of light sources to disguise it. Couple that with the game's jerky animation, and your party seems to float spasmodically over the environment rather than existing within it.

Moreover, when you click on a location to move the party, Maya won't move or will just shake in place if an object is in the way. Long distance point-and-click travel would be impossible under these circumstances and, in any event, the designers have frustratingly limited your field of view to the present screen - a distance of about five metres. 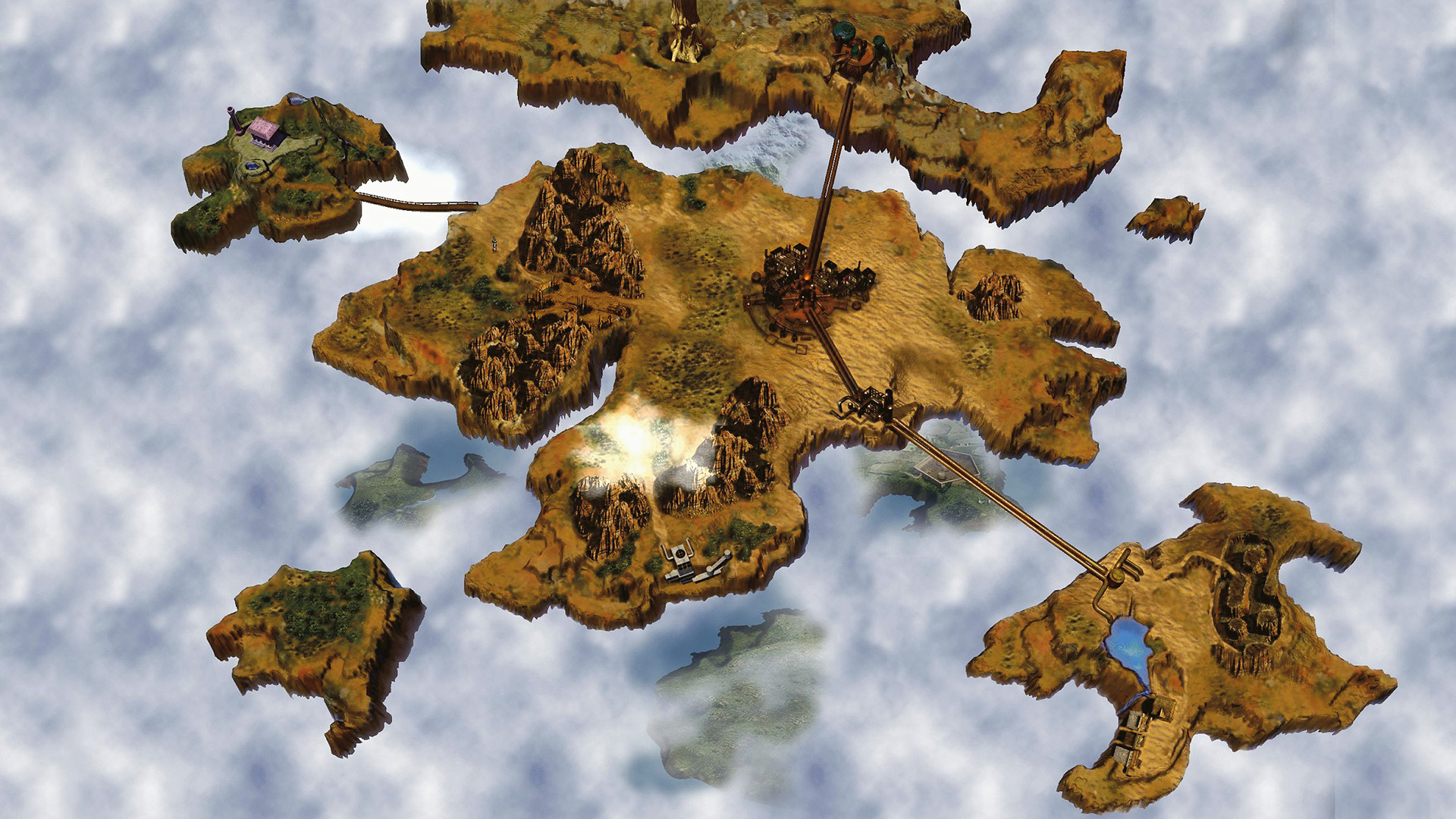 Nevertheless, Septerra Core gets high marks in several areas. First of all, there's the 2D combat. In this time-based system, a character stores a growing amount of energy while at rest, and expends it all during an attack. Each combatant has at least three attack modes, which provide increasing amounts of damage that require more energy. As a fillip to this, some complex attacks do damage to multiple opponents, some are line-of-sight based, and some sneak through specific defences. It takes a fair amount of strategy to decide who in your party should attack, and when, as well as a careful examination of opponents' strengths and weaknesses.

(And they're imaginatively devised opponents, too. As an example, one is a cutthroat with swords for both arms, whose best attack involves swirling around all members of your party like a Tasmanian devil, slashing left and right.) Some characters also gain new attacks as they gain levels. However, others gain them by purchasing weapon add-ons like homing missiles. This goes for laser rifles and NPC party members like Runner, Grubb's canine robot.

Characters can also use inventory items and Fate cards during battle when they've saved up enough energy. The latter is SC's entertaining and distinctly original magic system. Each of the 24 cards represents a different magical effect, and their use, individually or in combination, drains a pool of mana shared by all your current party's members. Summon + Heal, for instance, creates an airborne angel that heals all your party members, while Resurrection + Barrier temporarily protects your group from the Undead. It's ingenious, though I could wish it were better integrated into the plot. As it is, you simply find many cards after your worst battles, as a sort of 'reward' for keeping alive.

The only portions of SC that employ background music are the overhead maps for distant travel, and combat. Neither lends much to the gaming experience, though the annoying combat music with its heavy martial snare drum is distinctly worse.

SC isn't easy to get into. Its drawbacks hit you immediately. But after that rocky start, the background art, ingeniously devised monsters, simple interface, and clever combat and magic systems make this a tough RPG to toss aside. - Barry BrenesalProduct: Septerra CoreDeveloper: Valkyrie StudiosURL: www.valkyriestudios.comtips for Septerra CoreAs you gain access to better shops, try to buy items which compensate for your party members' weaknesses. For example, Grubb is quick but weak. Give him better armour, and an improved core engine for attack.

To get a boat in Shell 3, grab the grappling hook in the oasis' junkheap. Then use it on the splayed bone in the helgak junkyard.

Don't hit the first of the magi you encounter in battle. He's got a magical defence - floating globes that will kill anyone who attacks him. Instead, attack the globes. Eventually, they'll move against him and explode.

To get into the mausoleum, kill the zombie in the graveyard, and collect his fluid remains in an acid vial. Splash this on the bolt around the stone head in the library, then take the head to the mausoleum and use it on the headless statue.