THIS IS SUPERBROTHERS: SWORD & SWORCERY EP

Superbrothers: Sword & Sworcery is a brave experiment in I/O cinema; A fresh approach to adventure & action designed for Apple’s touchtronic machinery; A 21st century update to the pioneering works of Miyamoto, Mechner & Chahi; The recipient of the ‘Achievement in Art’ award from the 2010 IGF Mobile; A crude videogame haiku about life, love & death; A showcase for a style of painterly pixel artwork familiar to readers of Wired & The New York Times; A videogame EP featuring music by rockstar & critically acclaimed composer Jim Guthrie; Created with a broad, literate audience in mind. A choice cut of myth & dreams.

SUPERBROTHERS = a safe and reliable cure for the eyes. 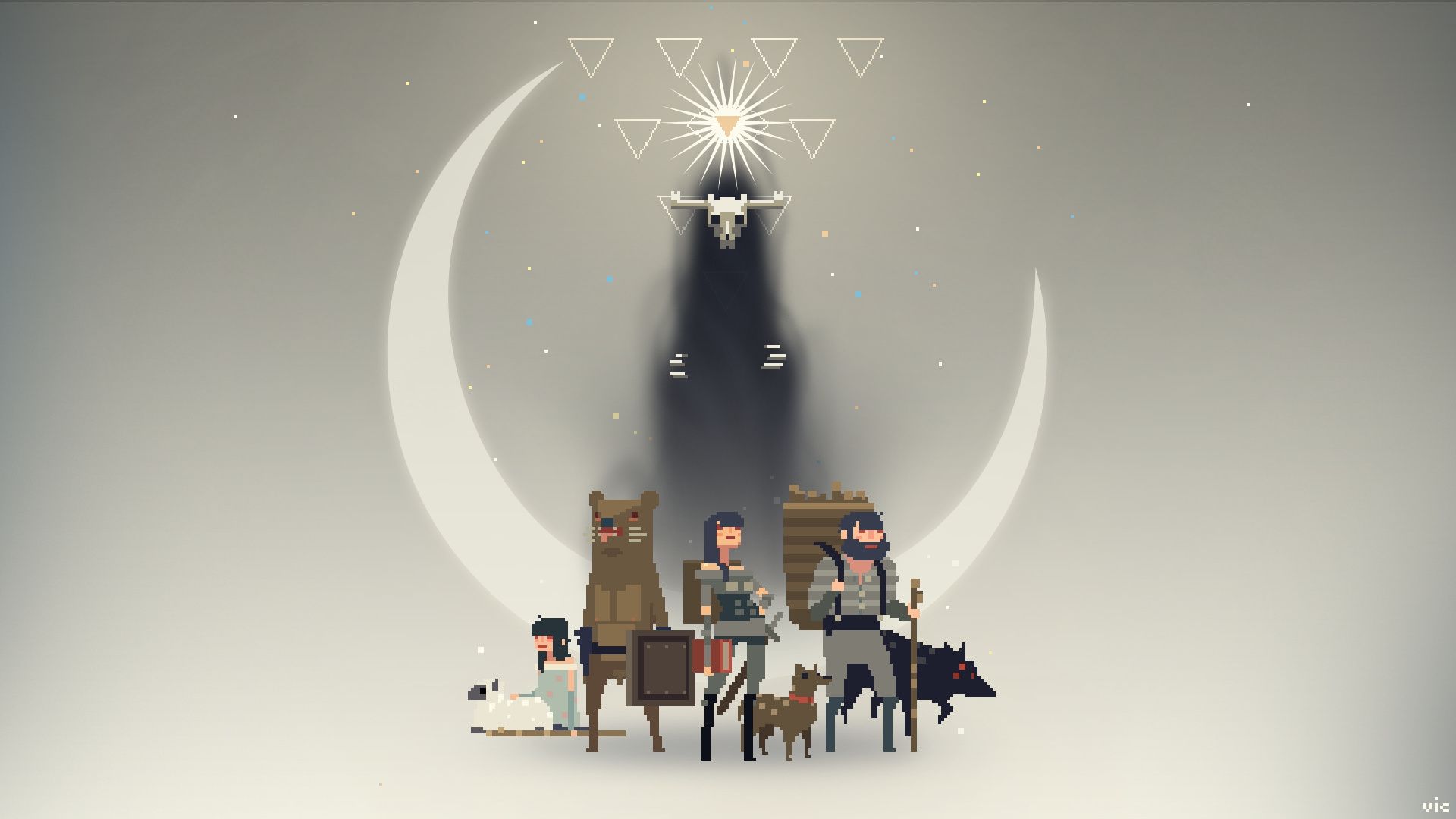 EP = aka Extended Play, a vinyl record or digital download containing up to 37 minutes of music

Calling Superbrothers: Sword and Sworcery EP (Henceforth #sworcery) a work of art would be the understatement of the century. It isn’t very often that a game comes along & absolutely blows my mind. When most people talk about the visual aspects of games, they are usually talking about intense animations and lifelike gameplay. This game is the opposite of that. It is a pixel-art masterpiece that takes you back to games like The Legend of Zelda.

#sworcery makes you explore a beautiful pixel-art world while solving other peoples’ problems. The emphasis is on the audio visual style here. Craig D. Adams (aka Superbrothers) has achieved so much with such a limited palette of colours used throughout the game. Everything is represented with nice and sharp pixel blocks and goes brilliantly together.

The music in the game complements the visuals perfectly. It isn’t called Sword and Sworcery EP for nothing. In the 80s, EP meant Extended Play. The game has a complementing soundtrack available online, entitled Sword and Sworcery LP (LP = Long Play) that puts most movie soundtracks to shame. Jim Guthrie has not only composed a brilliant accompaniment for this masterpiece of an adventure but also an absolutely outstanding album that will always satiate your aural senses.

Experiencing #sworcery is both surreal and elegant. The actual main gameplay involves exploring and interacting with the beautiful pixels on the screen. Everything is interactive, from tapping the water causing ripples to the moving through the foliage. The only gameplay that has buttons on the screen is the during battle sessions where the device has to be in portrait mode. Everything else is controlled by touch akin to point and click games. There are puzzles and battles with wolves and a deathless spectre. The gameplay also depends on the current moon phase as some aspects of the game are locked to certain phases of the moon. There are tons of retro references in the game like a vinyl on the wall of a hut that changes sides depending on gameplay. The game has 4 phases and you cannot play the game at one go because of the moon phase requirements. #sworcery also has some funny narrations (all under 130 characters) that can be tweeted. The narration in the form of a beautifully highlighted message appears whenever you accomplish something/interact with something in the game.

The artistic collaboration of Superbrothers, Jim Guthrie and everyone at Capybara Games is something everyone should experience. This game is probably the most new school retro game ever. It is available on the App Store as a universal app for $4.99 and as a stand alone iPhone app for $1.99. It is arriving on Steam for PC this month and for Mac in June. The soundtrack can be heard at http://jimguthrie.bandcamp.com and is available on vinyl, cassette and a number of digital formats on the same site.