The Book of Jubilees gives another account of how the Watchers fell that is similar to 1 Enoch. It explains that the Watchers originally descended to the earth to teach mankind and do what is just, but they ‘sinned with the daughters of men because these had begun to mix with earthly women so that they became defiled.’ (Jubilees 4:22). Watchers is a 1988 science fiction horror film directed by Jon Hess and starring Corey Haim, Michael Ironside, Barbara Williams and Lala Sloatman. It is loosely based on the 1987 novel Watchers by Dean R. An explosion occurs in a classified research laboratory, causing an intense fire.

So, this fic is a sort of spiritual successor to Firestorm808's 'Young Justice Watches Death Battle' hence the opening scene and a specific character's behavioural quirk. You won't miss much if you haven't read YJWDB first but... You'll also be missing quite a bit.

For the first time in a long while, the Mountain was absolutely silent.

Great Hera! That is the potential might of this modest man?!

Holy shit! Supes could kill any one of us before we could blink!

I've always known that his powers dwarf whatever we could imagine but… to this extent?! Could anyone even stop him were he to go rogue?!

Awe, terror and dread filled the mind of its inhabitants as they struggled to process all that they had just watched, none more so than the very subject of their thoughts.

Because, for the Last Son of Krypton, that 'Death Battle' hit a little too close to home.

'I've always known I was powerful but… that was…' Staring at his hands, Clark noticed that they were shaking uncontrollably. 'I could destroy the world if I ever lost control. Metropolis… The League… Lois'

The Man of Tomorrow's dark thoughts were broken by the confident voice of… what was Conner to him anyway? A son? A brother? He wasn't sure and, in his unbalanced state, he remained silent.

Conner, seeing that his progenitor was still deeply bothered by all he had just seen, glanced around the room before taking a seat beside him. He knew that Batman, Green Arrow and the Martian Manhunter had all left with their respective charges while Black Canary and Wonder Woman spoke to the Wally, Zatanna and Kaldur so he had all the time to speak to his role model. 'Superman?' The man said nothing, clearly bothered by what he had just seen and so Conner tried again: 'That wasn't you, Superman.'

When Clark finally found his voice, it was scratchy and hoarse. 'How do you know that?'

'You heard what Doctor Fate said; it's from another universe. We already saw Batman fight with the intent to kill an opponent, something both Bruce and Robin have assured us will never happen.'

'But it's possible, isn't it?' Clark asked, his voice clearly displaying how deeply he was affected by the last Death Battle they had witnessed. 'I could lose control and destroy everything around me. I have the potential to do so.'

'But you won't.' Conner reiterated quietly. 'Because, even when I lost my memories in Bialya, when I was running on pure instinct… I never tried to kill.' For all the therapy he had gone through with Canary, Conner still considered that mission one of the lowest points of his young life. 'I… I lashed out at Wally and tried to hurt Artemis and I destroyed those tanks and hurt the soldiers but… I never tried to kill them. And… I think that was because of you.'

'Superboy is right.' Both men looked up to see the rest of the Team and their mentors standing before them, Wonder Woman leading the charge. 'You are a good person, Clark. You are honest, modest and you see the good in others.'

'The Princess is right, you know?' Canary continued. 'Sure, that Death Battle thing showed us a Superman without his personality limitation on but that's the whole point of that show.'

'Besides,' Green Arrow piped with an easy grin on his features, 'I'm more inclined to think of a killer Batman that a killer you.'

The statement, though frowned upon by a select few in the room, still brought smiles to many present.

In the end, though, it was the Bat himself that ended the conversation. 'You know I'm not one to trust easily Clark. So it says something about you when even I find it difficult to believe that you would ever become what was depicted on that show.'

Sensing that the heavy moment had passed, Wally saw an opportunity of a lifetime and swiftly capitalized on it: 'Group hug!'

And just to ensure that it happened, he blitzed around the couch, pushing everyone together until they dogpiled the two kryptonians.

'Wally! When I get out of here I'll kill you!' Artemis swore from her uncomfortable position between Kaldur and Oliver.

'Love you too babe!' Her unrepentant boyfriend called out as he grabbed his phone to take a quick picture of the group. He wouldn't be in it, unfortunately, but the chance to have Batman and Superman hugging it out at the bottom of a dogpile recorded was worth the sacrifice in his mind.

'I can't believe all that just happened!' Zatanna laughed as she enjoyed a nice, late night walk with her boyfriend. 'And poor Wally! Conner and Dinah are using him as a training dummy!'

'I don't see what he has to complain about.' Dick snarked, slightly annoyed by his best friend's prank. 'He should have made his getaway before Wonder Woman grabbed him. He just chose to stay there and gloat about it.'

'I am!' He pouted. 'I got a crick from M'gann and Canary pressing into on my back during his little stunt!'

Time seemed to grind to a halt as Zatanna froze, her head cocking to the side as an innocent smile stretched her lips in a ghastly manner. 'They were pressing into your back, you say?'

For some reason, Dick didn't notice the dark glint in his girlfriend's eyes and forged on guilelessly. 'Yeah. Mostly it was their arms but I think M'gann's… upper body touched mine for a second while we were getting untangled.'

Thunder rumbled in the distant horizon and, inside the Mountain, a certain Martian had visions of fire and brimstone… 'Oh… and did you like it when her… upper body touched what's mine!- I mean, when it touched your back?'

'Ergh! No!' Dick's denial was vehement, earnest in its honesty and purity. 'She's Conner's girlfriend!'

'Besides…' He glanced at her a tad shyly. 'I only care about your, um… your touch…'

'Oh!' The night brightened considerably as the sun shone brightly and rainbows spontaneously cisscrossed the sky (don't ask) as Zatanna's features glowed happily. The ecstatic young girl was swift to grab her boyfriend in a tight hug that nestled his head smack-dab between her… ahem, upper body as she spun about in delight. 'I'm so lucky to have such a devoted boyfriend!'

So overjoyed was she that she never noticed the box until it was too late, her foot colliding with it and sending them sprawling onto the sands.

The sun and rainbows disappeared in an instant and the night time setting reasserted itself with a vengeance.

'Ow…' She groaned as she pushed herself up. 'Dick? What happened?'

Her genius boyfriend's 'intelligent' response was a series of garbled phrases that had absolutely no connection to any languages known to life.

'Dick?' She glanced down only to blush explosively.

Their fall had -somehow- left them in a scandalous position that had shorted his brains out (and no, we're not telling you which one it was!).

A few minutes -and plenty of awkward stares and blushes- later, the teens were up and wondering what had caused them to trip.

'It felt like a box of some kind.' Zatanna stated as she moved her hand about, the ball of cold light over her palm illuminating the beach. 'Who'd leave a box out here?'

'Maybe it washed up from the sea?' Dick suggested before catching a glimpse of something. 'Wait! I think I've found- Oh you have got to be kidding me.'

He gestured helplessly at the box on the ground.

It was, as Zatanna had described, a box. It was black in color and bore a huge graphic of a gem-studded gauntlet and printed above said gauntlet in stylized font were three words:

'It's a boxset.' Dick explained warily. 'It's basically a compendium of movies that exist within a shared universe.'

'Like Star Wars?' She asked, having been educated to the glory of George Lucas' art by her boyfriend. When he nodded, she continued, 'So this box contains movies in a shared universe… the Marvel universe?' She suggested upon seeing the red logo on the box.

'Because, Zee, to my knowledge, there is no Marvel shared movie universe on our world. Heck, there's no Marvel universe period.'

Comprehension dawned on her. 'You think… you think it's like that Death Battle box Artemis and Wally found?'

Dick could only shrug.

*- I decided to tentatively title it 'The Watchers' as a sort of meta-joke: Marvel Comics has the Watchers, a race of beings that simply observe interactions on each planet. In this case, the YJ cast are literal 'watchers.'

So ladies and gents, here's the collaboration fic from moi-self and Mr War.

The actual first chapter should be up sometime next week so consider this a teaser of sorts. 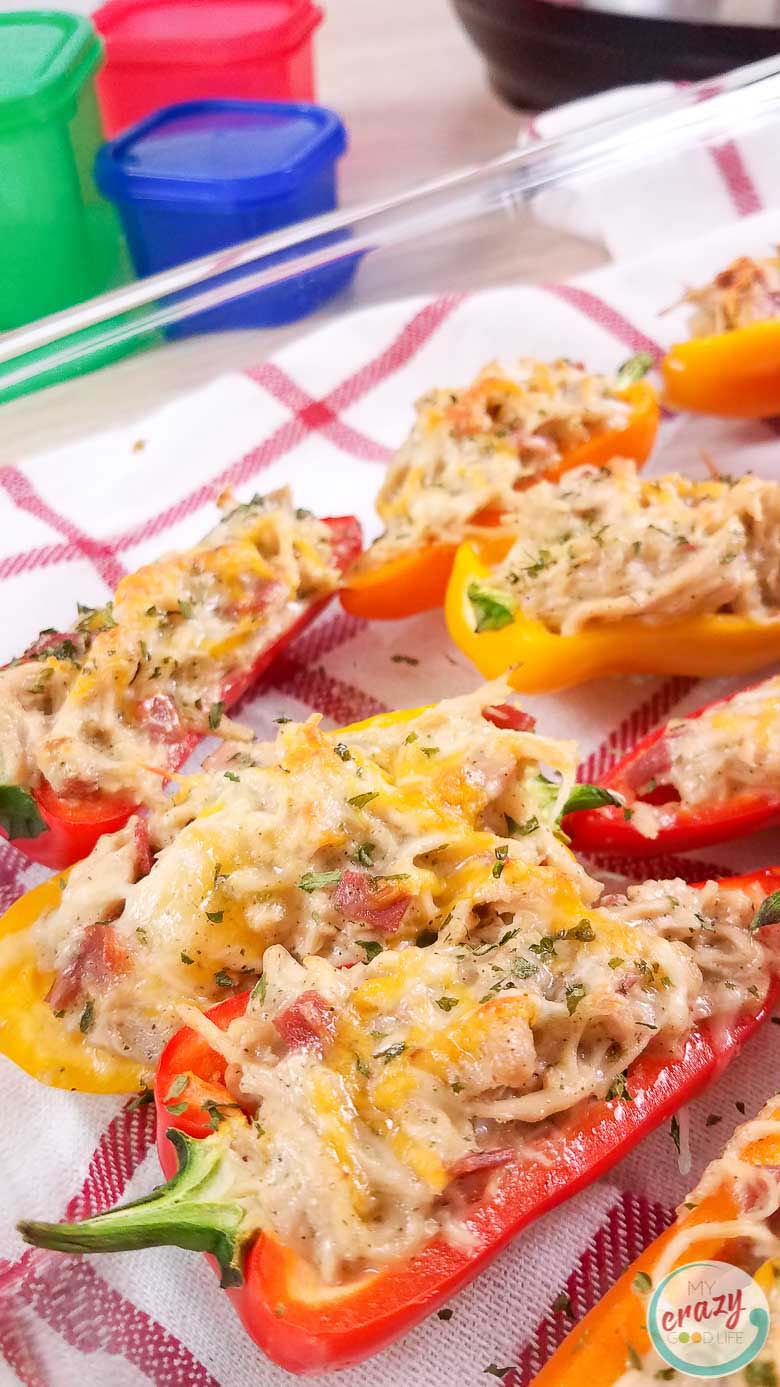 Not much else from me though; I'm still incensed at the shit that's going on in my country.